A large percentage of the population is deficient in Magnesium (it’s the second most common nutrient deficiency next to vitamin D), and that’s crazy considering how important it is.

Magnesium is required for over 300 enzymatic reactions in the human body.

Basically, there exists a specific enzyme for each chemical reaction
needed to make the cell work properly.

Without adequate magnesium, these enzymes can’t do what they need to do. In fact, every single one of the DNA repair enzymes needs magnesium to function as it should.

Considering the magnitude of magnesium’s functions, it’s not surprising that a deficiency of the mineral has been associated with type 2 diabetes,
metabolic syndrome, elevated C-reactive protein (which is a marker of inflammation in the body), high blood pressure, atherosclerotic vascular disease, sudden cardiac death, osteoporosis, migraines, asthma, and colon cancer.

As an athlete, you lose magnesium via sweat, which makes supplementation even more important.

However, in all my time training in Thailand, where people were training upwards of 6 hours a day in 30+ degree weather, rarely did I talk to someone who was taking magnesium supplements. It seemed like most people are more concerned with buying overpriced protein powders, ironically, in a country where you can buy chicken breasts for 50 cents each.

Look into whether or not your province or state fluoridates the public water supply and if it does, invest in a water filter that will remove it (this is a good one).

The benefits of drinking clean, un-flouridated water go beyond magnesium status as well since fluoride has been shown to lower IQ, calcify the pineal gland and negatively effect thyroid function.

How Magnesium Can Enhance Your Performance

Recall (from the creatine and beta-alanine overview) that ATP is the “energy currency” of the body, meaning that it’s the main source of energy for the cells.

ATP however, must be bound to a magnesium ion in order for it to be biologically active.

So, if you’re deficient in magnesium and you’re able to rectify that deficiency via diet or supplementation, it’s likely that you’ll notice a boost in energy levels.

Studies have also been done that have concluded that correcting magnesium deficiency can increase strength, not only by elevating testosterone levels
but also, as the researchers speculate, by improving protein synthesis (10).

Zinc is another mineral, oftentimes combined with magnesium in ZMA products, that can increase testosterone levels, while reducing the risk of prostate cancer (12).

Another benefit of magnesium that should be of notable interest to athletes relates to its effects on relaxation and enhancement of sleep quality (13).

Getting adequate sleep is imperative for not only optimal performance (14), but general health and longevity as well.

There’s a huge body of research to support this, though anyone who has experienced sleep deprivation can testify that they’re not able to perform their best when they’re tired.

Magnesium can also help reduce cortisol, which will allow for the release of melatonin (a hormone that helps regulate sleep and wake cycles).

Cortisol and melatonin have an inverse relationship, which is one reason why it can be so hard to fall asleep when you’re stressed out (cortisol is typically elevated in response to stress).

Due to magnesium’s ability to reduce cortisol, allowing for the release of melatonin, the evening is a great time to take it.

Have you ever spent the afternoon at the beach, which included a dip in the ocean, and found that the night of sleep that followed was better and more restorative than usual?

I have, and for me, this is one of the many benefits to training in Phuket. The water in the ocean is high in magnesium!

If you want to learn more, there’s an excellent book on magnesium called The Magnesium Miracle by Dr. Carolyn Dean (get it here).

To emphasize the importance of maintaining adequate magnesium levels, here’s what one of the researches involved in this study had to say about it (15)..

“It is highly regrettable that the deficiency of such an inexpensive, low-toxicity nutrient results in diseases that cause incalculable suffering and expense
throughout the world.”

It’s not always enough to be supplementing with magnesium, you also need to make sure you’re taking a form of it that the body is able to readily absorb.

The most bioavailable form of magnesium is magnesium glycinate. The worst seems to be magnesium oxide, which has shown to have a “fractional absorption” of only 4 percent(30).

Can you guess what type of magnesium those Centrum multivitamins by Pfizer use? Oxide, of course. Like I said above, It’s a “fox guarding the hen house” scenario. Don’t trust them with your health!

Unfortunately, the majority of the multivitamin and magnesium supplements you’d typically find in “big box” stores use low quality nutrients with poor bioavailability.

Other good forms of magnesium, aside from glycinate, are citrate, malate, threonate, orotate and taurate.

Magnesium Citrate is inexpensive and absorbs well, which makes it a popular option. Be aware though that citric acid has mild laxative effects. This is great if you want to improve your bowel movements, but it may not be ideal for everyone.

Magnesium Threonate is a newer form of magnesium that has been shown to enhance learning ability and short & long term memory in rats(32).

Magnesium Taurate contains the amino acid taurine, and both magnesium and taurine have been shown to improve cardiovascular health and insulin sensitivity.

Magnesium Orothate also has good bioavailability because orotates can penetrate cell membranes, enabling the effective delivery of the magnesium ion to the
innermost layers of the cellular mitochondria and nucleus.

Magnesium Malate can help improve ATP production since malate is a substrate in the cellular energy cycle. 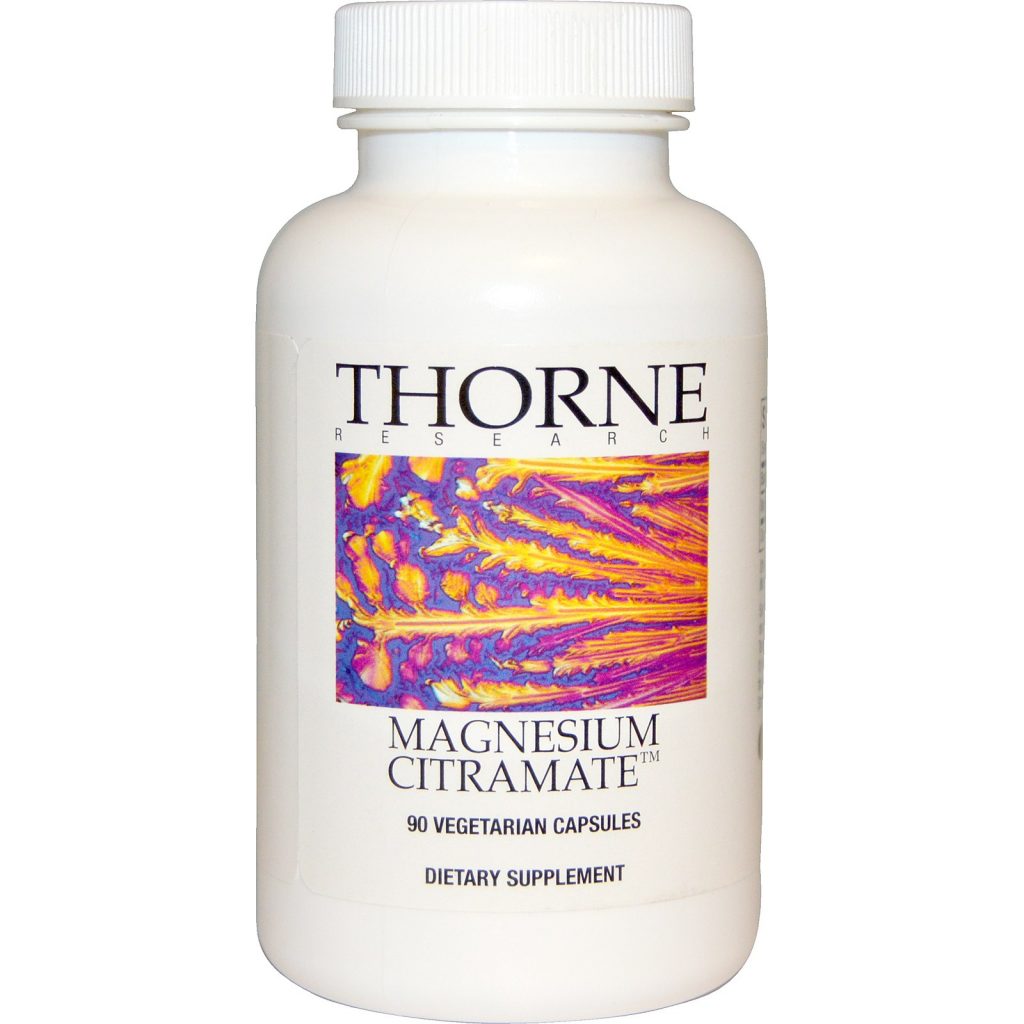 ==>> Recommended Magnesium Supplement
Use Code DZP677 for $5 Off