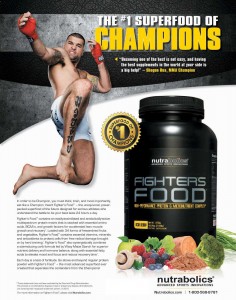 In my opinion, Mixed Martial Arts is the most intense and physically demanding sport in the world. In order to lock yourself into a cage with another trained, high level athlete and fight for up to 25 minutes in front of millions of people, you need to be extremely confident in your conditioning.

In order to reach that level of conditioning, fighters have to put themselves through intense training sessions – all of which take a toll on the body. Training for a combat sport is much more demanding than a typical bodybuilding style workout, yet bodybuilders are the ones who are known to be the most conscious of supplements and the latest products.

The nutritional requirements and supplement needs of a fighter are far different than that of a bodybuilder, yet when I initially researched the topic, all I kept coming across was the generic recommendations of creatine, protein and “nitric oxide” – which is why I decided to write up this article.

Below you’ll find the top 5 (in order) most important supplements for combat athletes. Most of you obviously aren’t professional fighters but if you’re training hard and want to ensure that you’ve got all the basics covered for optimal performance and to enhance your overall health, the following recommendations are for you.. 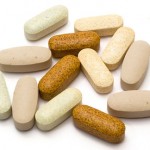 The purpose of supplementation is to “supplement” your diet with nutrients that either aren’t being obtained through food or can’t be obtained through food. While you can get a broad spectrum of vitamins and minerals through your daily food intake (perhaps even all you need), I still believe it’s important to supplement with a multivitamin as an “insurance policy” in case there’s a deficiency in your diet that you aren’t aware of.

So how do you know which multivitamin product is right for you? Well, it depends. If you’re training often, you should opt for one that’s tailored specifically for athletes. These products will have higher doses of the nutrients you need to maintain a high level of performance. The top 3 brands that are dominating the market are Orange Triad by Controlled Labs, Animal Pak by Universal Nutrition and Opti-Men by Optimum.

Animal Pak has been on the market for 27 years and it’s won the bodybuilding.com “multivitamin of the year award” from 2005-2010. However, that’s not to say it’s the best value. While each “Animal Pak” is loaded with all sorts of performance enhancing nutrients, a container with 22 servings is currently selling for just under 30 dollars – which isn’t bad, but in terms of value, you can do better.

Animal Pak’s closest rival is the Orange Triad product by Controlled Labs. Reviews between the two products are quite similar (highly satisfied customers) but for nearly the same price, you get 45 servings as opposed to 22. Granted, Animal Pak provides a broader overall spectrum of nutrients (amino acid and an antioxidant complex) but really, you can get your amino acids from your protein supplements and there’s plenty of vitamins in Orange Triad that have antioxidant properties. Not to mention the fact that if you follow these recommendations, the green food supplement recommended below and the recommended “fighters food” protein are both high in antioxidants as well.

To finalize my “Orange Triad” recommendation, I should point out that it has a couple things that the “Animal Pak” does not. Orange Triad has an “immunity complex” (with Echinacea) as well as a “joint complex”, which contains glucosamine, chondroitin and MSM (I have these ranked as the 5th most important supplements). Of course, if joint pain is a serious issue for you, you may have to increase the dosage and if that’s the case, you can opt for the product I’ve recommended within the “joint support” section below.

As for the “Opti-Men” (the 3rd multivitamin product that I mentioned above), they’re an affordable alternative at about $24 for 60 servings. However, in terms of overall quality and value, I’d spend the extra 5 dollars or so and get the Orange Triad because it contains a much broader spectrum of nutrients. 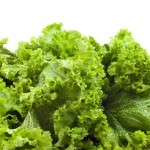 Green supplements are essential for mixed martial artists because in addition to providing an array of vitamins and minerals (particularly the B vitamins that promote the growth of red blood cells which help deliver oxygen to your muscles during exercise), greens can change the PH level of your blood from an acid-base to a more alkaline-base balance.

Think back to when Shane Carwin fought Brock Lesnar back at UFC 116. Shane blasted Lesnar for the entire first round but when the second round started, his entire body tensed up, he lost his mobility and ended up getting taken down and submitted with a basic head/arm triangle choke.

Following the fight, it was determined that he was experiencing lactic acidosis. Lactic acid is a bi-product of anaerobic metabolism and when it accumulates within the bloodstream quicker than it can be removed (which can happen during periods of high intensity exercise), there are all sorts of symptoms that can arise. Inability to generate a forceful muscle contractions (like Shane Carwin was experiencing) is one of those symptoms.

However, when you eat more alkaline forming foods (which is where the “green food” supplements come into play), your body’s ability to buffer the lactic acid build up will be enhanced – thus allowing you to train at a high intensity for a longer period of time before “hitting a wall” so to speak.

Following that loss to Lesnar, Carwin enlisted the services of a nutritionist to completely overhaul his diet and the main focus of it was to get his alkaline-acid PH balance in check. “Green food” supplements undoubtedly played a big role in doing so. I highly recommend that you look into getting some for yourself if you aren’t currently using them.

As for which product to get, there’s a lot of good ones out there. One that I’d personally recommend is called “Performance Edge” by a company called “Magnum Nutraceuticals”. There’s about 75 ingredients in the formula (all of them organic) and there’s no artificial colors or sweeteners added to it – yet it still tastes awesome.

In addition to the “greens” that you’d expect in a formula like this (spirulina, chlorella, broccoli, kelp, wheat grass), “Performance Edge” also has some essential fatty acids (not a complete substitute to taking your fish oil through) as well as a herbal combination to increase your energy levels and detox your body (siberian ginseng, milk thistle, dandelion root etc).

It also has a stack of ingredients to aid with digestion and last but not least, it has a phytonutrient complex containing some of the most powerful antioxidants (the berries are what gives the product its great taste). I’d highly recommend this product!

We’ve already published an entire article dedicated to the benefits of essential fatty acids (which can be viewed here). For those who are either pressed for time or just too lazy to read through it all, I’ll briefly summarize the benefits.

The benefits of essential fatty acids are clear but as for which product provides the best value, I’d recommend buying “NutraSea” by a company called Ascenta Health. The fish oil supplements come in either oils or capsules. I’d recommend the oils because they’re much more potent, provide a better overall value and can you mix it into your protein shake (as discussed below) to delay the absorption rate of the protein.

The Ascenta fish oils are independently tested and by entering the lot number (located on each bottle) on the website, you can access the test results. The 500ml bottle with last you over 3 months so considering the price (sale price of just under $33), and of course, the quality of the ingredients, the “NutraSea” fish oil products are a great value. 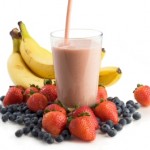 Like the recommendations above, protein is available through your diet so if you’re eating frequent, nutrient dense portions of food, the need for protein supplementation will be decreased. That being said, having a protein supplement on hand makes meeting your daily requirement a lot more convenient.

In an episode of the latest season of the Ultimate Fighter, one of the fighters was telling his team-mate to drink a protein shake before he goes to sleep because he’ll wake up feeling leaner and stronger. This is actually true. By having a protein shake before you go to bed (preferably mixed with a fat source to delay the absorption rate), you’ll be getting a constant supply of amino acids to your muscles while you’re sleeping – which is when your body is recovering.

For a “timed release” effect, you have a couple of options. You can either add a fat source to the protein shake (essential fatty acids or natural peanut butter) or you can buy a “timed released” protein. These “timed released” powders contain different types of protein, each with different absorption rates – isolate protein being the fastest, followed by concentrate and then casein. Immediately post-workout, you’d want to refuel and ingest some protein as well but this time, you want something that’s going to be absorbed quickly.

For fighters and well, anyone who trains intensely in a combat sport, I’d recommend a product called “Fighters Food” by Nutrabolics. It contains a quality source of carbohydrates to replenish your depleted glycogen stores along with a “berry complex” that provides antioxidants (it‘s important to ingest antioxidants post-workout to prevent and repair the damage that’s been done on a cellular level).

These aren’t essential by any means but considering the physical demands of mixed martial arts, and how common join pain is among fighters, using a joint support supplement may be something to consider. The most common (and most effective) ingredient combination in the formulas is glucosamine and chondroitin. Oftentimes there will be “MSM” added to the products as well.

My top recommend joint health supplement would have to be “Animal Flex” by Universal Nutrition. The “joint construction matrix” contains the 3 ingredients mentioned above but in addition to those, it contains a stack of ingredients to keep the joints lubricated as well as a herbal combination for overall joint health.

OTHER SUPPLEMENTS THAT WORK

These don’t make the “top 5” list since they’re not really staples of a sound nutrition plan like the recommendations above but if you have room in your budget, the following two supplements will certainly give you a competitive edge.

Beta Alanine buffers lactic acid (profiled in the “green foods” description) so that you’re able to train at a higher intensity for a longer period of time. It works and the difference is quite noticeable, at least for me anyway. {More information on Beta Alanine available here}.

This was recommended to me from one of the guys that I was training with here in Bangkok. He had mentioned that it made him feel “sharper” (which is what it’s supposed to do) so I tried a couple capsules before my workout one day. To keep it short, yes, it DOES work as well. I’m still taking it to this day. {More information on Body Quick available here}.