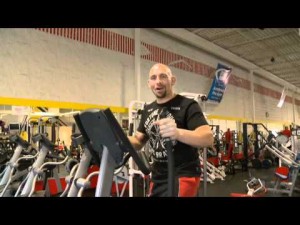 In his last outing, which was nearly a year ago, Shane Carwin suffered his first loss in a fight that appeared like it was going to be a “cake walk” based on his performance in the first round. He was quick, he was technical, he was explosive and he was a man on a mission to become the heavyweight champion of the world.

Five minutes into it, the bell sounded and both men headed back to their corner. Lesnar was beat and bloodied due to an onslaught of punches from the challenger. Carwin looked over to Lesnar’s corner and gave him a wink, as to let him know that there would be more of the same in the second.

However, Carwin came out slow and pretty much defenseless. He didn’t look “winded” at all between rounds so his sudden decline in performance raised a lot of questions. Some critics were even claiming that the fight was fixed and that the UFC paid Carwin off to drop the fight so that Lesnar (the UFC’s biggest pay per view draw) would stay atop the division and maintain his marketability.

It wasn’t long though until the real explaination came out. During the fight, Carwin wasn’t able to meet the oxygen demand of working at such a high pace in an attempt to finish Lesnar. When that happens, lactic acid accumulates in the bloodstream quicker than it can be removed. The result; nausea and weakness. Think of when you sprint as fast as you can. You can only do it for a limited time before your body gives out and your muscles won’t contract anymore due to the lack of oxygen and the increase in blood lactate levels – which is what Carwin was experiencing.

The solution however is to do exactly what Carwin seems to be doing for his upcoming fight with Junior Dos Santos at UFC 131. He’s dropped about 30lbs, he’s lowered his protein intake (as most high protein foods tend to be acidic) and he’s started eating more vegetables and natural foods to improve his acidic/alkaline blood base balance (the PH level of your blood should be slightly alkaline as opposed to acidic).

With regards to his strength and conditioning routine, I’d imagine that he’s doing more high intensity circuit work while implementing functional exercises rather than performing typical bodybuilding style workouts. The difference between the two is that bodybuilding workouts consist of a lot of isolation work and a lot of volume. The movements aren’t usually functional and the work-to-rest ratio isn’t functional for mixed martial arts (8-12 repetitions followed by a 2 minute rest).

Now, I’d bet that he’s performing a work-to-rest ratio that mimics the demand of his sport (5 minute circuit work followed by a 1 minute rest period). Bud Light has been producing a video series entitled “Camp Carwin” where they’re showcasing his preparation process leading up to the fight. Check out the videos below to get a general idea of what he’s doing (unfortunately they don’t cover all the specific details)..