Conor McGregor talks a lot about movement. When speaking about his competition in the UFC, it’s not uncommon to hear him say things like..

or, when describing the potential challengers in the lightweight division, specifically Donald Cerrone, he described him as being..

“Stuff as a board”

Then went on refer to the 155 weight class as the..

“Stuck in the mud division”

As it turns out, Ido Portal – a sought after “movement artist” who travels the world teaching seminars that help people “unlock” their own bodies – seems to agree.

In the video posted above, Ido Portal speaks on Conor’s unique movement patterns, and what he feels has been the secret to Conor’s success in the Octagon so far. 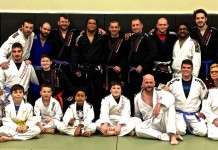