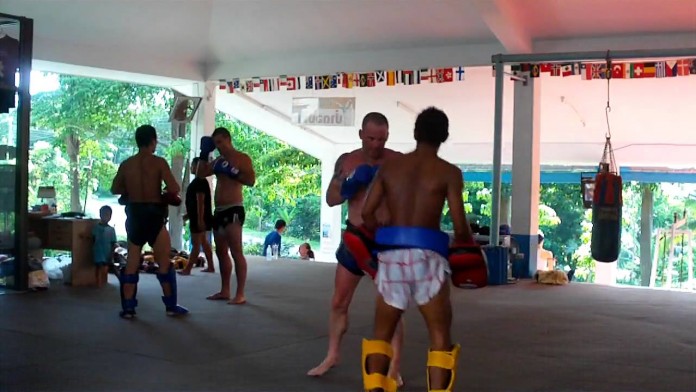 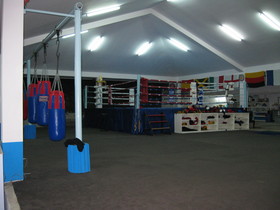 It’s been a while since I threw up an entry so I figured I should stop slacking and get on it. As I mentioned in a few other entries, I’ve been working like crazy trying to get other online businesses going so I can stay here for longer, keep this site going and who knows, maybe have the opportunity to go to Brazil next. The good news is that the other sites/books etc. are almost done so hopefully I’ll be able to shift my focus back to Fight Passport – since this site really is my “passion project”.

Anyway, I’m still training at Patong Boxing Gym and it’s going well. I feel as though I’m improving a lot here and lately, the atmosphere is changing and it’s changing for the better. The owner shut down her original location and all the trainers are now at the new camp in the hills. Most of them are still fighting professionally so not only am I getting trained by them, but I’m training with them as well. This, to me, is important since I find it very motivational.

When you’re running alone or with another foreigner, when you’re tired, you take a break. You’re not being judged so who cares, right? Well, when you’re running alongside a group of Thai fighters, you really don’t want to be the out of shape foreigner that can’t keep up so you tend to push yourself more. Running with them has been good for me since my cardio is terrible – which I really don’t understand considering how long I’ve been here. Actually, I think my problem is that when I’m doing pad-work, I focus too much on hitting the pads as hard as I can that I forget to breathe. I never thought that I’d actually have to think about breathing as it’s something that should just come naturally.

Anyway, what I’ve really been trying to work on lately is the multiple-kicks in succession. Up until about a month ago, I couldn’t do them at all. I’d try and I’d just lose my balance. Having gotten tired of seeing people being able to do it and not being able to do it myself, I told the trainer at the gym here in Patong that I wanted to focus on it and since then, I’ve been removing my gloves and dedicating a whole round to doing nothing but those kicks.

Here’s a video of me working on it. Actually, the video isn’t even that long and you’ll see that by the end of it I’m slower and I look really tired. See what I mean about the cardio? Have a look..

I’ll post another video in a couple weeks of me working on those kicks to see if there’s any improvement. And while I’m posting videos, you have to see these. Here’s some footage from a fight night that was held over at <a href=”https://fightpassport.com/muay-thai-training-journals/tiger-muay-thai-review/”>Tiger Muay Thai</a>. These particular videos feature Thai fighters – and top 10 ranked ones at that – fighting under MMA rules. I really hope MMA catches on here in Thailand because as we all already know, the Thai’s are incredible strikers. Add some wrestling and BJJ to that Muay Thai base and they could really shake up the lightweight divisions in MMA orgs.

I think it would be sick if Tiger took in a few youngsters and cross trained them in both Muay Thai and grappling. The Thai’s start training at such a young age here – and with such dedication – that they’d be incredible by the time they started competing.

Back to the training at Patong Boxing Gym. Here’s a video clip of the trainers/fighters doing some clinch work. There’s actually a gym down the road called “SingPatong” and every now and then, the owner will show up with one of his fighters and they’ll all do clinch-work together. They usually do this when one of the guys has a fight coming up (which is quite often actually) so they’ll have someone different to work with. Anyway, here’s the clip..

The guy you see in the black & white shorts is amazing. I’ve never seen anyone beat him in the clinch. He literally just throws everyone around – myself included – and I probably outweigh him by about 30 pounds. I’ll try and get some footage of the guy kicking the bag as well because it’s incredible to see. These Thai’s are so little yet so powerful. Seeing the amount of force that can be exerted by these tiny guys is really a testament to the effectiveness of Muay Thai as an art form.

On a different note, I have to leave the country (yet again) in a few weeks to apply for another tourist visa. Right now it’s a toss up between Cambodia and the Philippines although I really have to do some more research into it. Either way, both places are pretty appealing and would be cool to visit.

And as for the lady situation, I’ve actually been on my best behaviour despite the fact that I see hot Thai girls everywhere I look. I completely cut out drinking so I don’t even bother going clubbing and it’s weird but the more time I spend here, the more motivated I am to just work. I’ll go for a walk, the scene will be “bumpin”, everyone will be having fun and rather than joining in, I find that I just want to come back to my room and get some work done.

I’ve actually never been so motivated and it’s all due to the fact that I don’t ever want to have to leave this place. But I guess that’s what Thailand does to people. I’m certainly not the only foreigner that has fallen in love with this country..

That about wraps it up for now..

Oh, and about FEDOR/GSP and the STEELERS ..

I couldn’t be happier!!