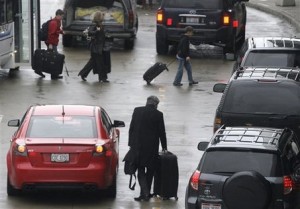 Well, if you couldn’t tell by now (due to the lack of updates), I’m back in Canada. I flew back mid-May because I had the return flight paid for and it wasn’t extendable beyond 6 months. I could have forfeited my return, but then I would have had to come back to Canada in November since I would have had to renew my visa. I figured I was better off coming back here for the summer rather than the winter.

Anyway, none of that matters. I booked a one way ticket back to Thailand and me and my buddy (a pro fighter here in Canada) will be drinking gin and tonics and admiring sexually harassing the cute flight attendants in route to Bangkok on the 28th of this month. Needless to say, I’m pretty stoked about going back.

Thailand is such a unique country and when you’re there, it almost feels like a fantasy. There’s nowhere else like it anywhere in the world. The place is just like a drug in terms of how addictive it is. On my past trip, I went there with 2 friends from Ottawa and right now, both of them are selling off their belongings and trying to figure out a way they can live their indefinitely.

It’s gotten to the point now that when friends make plans to visit, I have to warn them that the experience will change the way they view life back in the Western world. There’s this one guy I met while training in Phuket. He was from Montreal and before he came down, I would chat with him on MSN and answer his questions. He was nervous, he didn’t know what to expect and by no means was he unhappy with his current situation in Canada. He just seemed like your normal, every day type guy.

Well, he ended up spending 6 months in Thailand and he returned to Canada just one week after I did. Within one month of being back, he fell into a depression immediately booked a ticket back to the Kingdom. I’m pretty sure he’s in Bangkok right now. Apparently he found some sort of hustle (exporting goods to Canada) and he’s able to support himself over there. I guess when you want something bad enough, you can always find a way to make it happen.

This upcoming trip will be my 4th in the past 4 years so I’m definitely addicted too. Having been over there to train so many times, I’ve met a lot of other guys just like me (who come and go routinely) and we all have the same mindset about the place now. When we’re back in our home countries, we almost isolate ourselves and focus on making money so we can get back to Thailand as soon as possible and enjoy ourselves.

It’s come to the point where I don’t even enjoy a night out in Canada anymore. Thailand has ruined me (or just increased my expectations) in that aspect. A night out in Thailand vs. Canada is sort of like downgrading from a Maserati to a Honda, Beyonce Knowles to the random, slightly chunky, yet relatively attractive girl working the cash at Home Depot or like moving from a penthouse apartment to your parents basement; sure, there was a point in your life where you were content with the average car, girl and place to sleep, but once you’ve had it all, having to downgrade is a little disheartening.

And thus, the “reverse culture shock” experienced when returning home after spending time in Thailand is very real. It always hits me when I land in Chicago (as I always take the same routing). It’s like re-entering a completely different world. The people seem to be a lot more stressed out, standoffish and of course, much, much fatter. Now that’s not to offend anyone but damn, people in the West are fat as hell. It’s got to be all the processed food we eat.

The lifestyle in Thailand is just so awesome and care free. It makes you question the mindset that people have in the West. There’s so much social pressure here that everyone just follows suit and does exactly what society deems as acceptable. You know, the typical outline for life. First, you’re expected to finish college or university, which makes perfect sense providing that a) you’re in your chosen program because it’s what you ENJOY and not because you think it will define you as being “successful” and b) the program you’re enrolled in is a necessity for your chosen profession.

I have friends that went to university before they even chose a career path. They just went for the sake of going and ended up taking random programs like “leisure studies”. One time I went over to this guys place to convince him to come to the casino and he was like “no man, I can’t, I have a big report due”. When I looked on his little “work station”, he had this big book on bas fishing that he was getting information from. Bas fishing? Hardly seems worth thousands of dollars and 4 years of your life.

I know this other girl who’s working on a graduate degree. She’s the most overdramatic person I know and every time I check her screen name, it’s always something about being stressed out and hating life. Like really, if you hate it that much, then it’s probably time to get yourself on a different career path. People here place way too much emphasis on status and money and while money is important, it’s just not worth it if it means doing something you hate for 40 years of your life.

In Thailand, there’s a lot less social pressure. Who needs a BMW? Nobody cares. Just rent a scooter and you’re good. Nobody judges you there. I guess that’s where there’s so many “lady boys” around. It’s live and let live. If gay dudes want to alter their appearance to match how they feel, then whatever, the choice is theirs.

One thing I noticed is that Thai people really live in the moment whereas we’re overly concerned with the future – to the point where we sacrifice enjoying the present. We let our best years pass us in pursuit of being “successful”. In my opinion, dressing the exact same way as everyone else (suit, tie etc) and doing the exact same thing for 8 hours a day, 40 hours a week (especially when you’re not passionate about what you’re doing or making any real difference in the world) seems unbearable. Fuck being a robot for the next 40 years. Tomorrow isn’t guaranteed anyway so why sacrifice your time now – when you’re young and healthy – to get to a magical point in time that may or may not happen?

Maybe the day will come where I’ll want to settle down and adapt a more “typical” lifestyle. Maybe I’ll want to work a 9-5, get married, buy a house and plant down some roots and basically re-live the same day over and over (which is what I feel I’m doing now here in Canada) but until that time comes, I’m going to keep travelling, training and doing what I enjoy doing.

So, in about 3 weeks time, the “training journal” starts again and now that I have my other projects set up and running on auto pilot, this will be my primary focus. I’m going to pick up a new HD video camera so this time around, you can expect a lot more video footage of the gyms, the training, fights at the stadium, the nightlife and whatever else that I think will be entertaining..