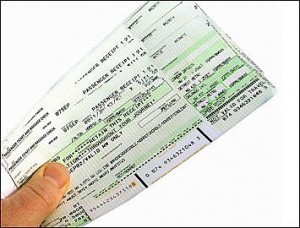 I’ve been working it casually into my recent conversations – “so, what are you doing on the July 28th?”. They’ll respond with the usual “I don’t know, probably just work, why? What are you doing?”. That’s when I hit them with the “Oh, you’re just working? That’s cool, that’s cool. Me? Oh, I’ll be rockin’ out in Thailand. Training some Muay Thai, getting a massage or two”. At this point, I have a hard time holding back my smile and the people I’m talking too usually respond with a “Ohhh.. very funny! Yea, shut up!”

I know, I know – it’s an asshole move on my part. I just can’t help it. My flight’s booked, I got my 1 year visa, I quit my job – it’s just a matter of days until I’m back in paradise (7 to be exact). I leave Ottawa on the 26th, fly to Chicago, then from Chicago, I’m off to Tokyo, then from Tokyo, it’s right to Bangkok. The flight is actually pretty brutal – that’s one thing I’m not looking forward too.

Once I arrive, I’ll probably kick it in Bangkok for a while. I’ll hit the mall and get myself a new wardrobe since I’m packing nothing but my laptop, camera, couple pairs of socks and boxer shorts, my mouth-guard and my cup (it’s Thailand, I’ll be needing my “boys” to be intact).

Once I settle in, I really don’t have any set plans. I sort of like it that way. I might check out Fairtex Bangplee or maybe I’ll hit up Kaewsamrit – I just don’t really know yet. There’s also a gym called “Ingram” that nobody really seems to know about. They’re produced a few lumpinee champions and they’re also the ones that first brought Baukaw to K1.

I doubt I’ll be able to tolerate Bangkok for too long so once I get sick of it, my next stop will likely be Pattaya. Pattaya is a crazy place from what I hear but it also has some world class Muay Thai. In Pattaya, I’ll probably check out Sityodtong. You’ve probably heard the Sityodtong name being tossed around by Joe Rogan during the UFC broadcasts – particulary during the Kenny Florian fights as he trains under Mark Delegratte at the Boston Sityodtong branch (there’s another in LA).

From there, I’ll be heading down to Tiger Muay Thai in Phuket. Tiger Muay Thai has both Muay Thai and MMA training and at the moment, they have all sorts of accomplished grapplers training there. I’ll get owned for sure but you know what? The more sore I am, the better those post-workout massages are going to feel : ) While I’m on the topic, I should also mention that the camp owner (Will) has been very pleasant to deal with. He even provided me with the invitation letter I needed to get my visa. It seems as though they do everything in their power to make everything go smoothly for their guests. So far so good!

Anyway, that’s about it for now. Keep checking back and I apologize for the delayed update. Once I arrive and start training, I’ll be updating this journal about 3-4 times a week. I’ll also be recording everything from camp tours and training to the rowdy nightlife of Bangkok, Phuket and Pattaya.

What are YOU doing on July 28th?

Haha.. just messin’ with ya!