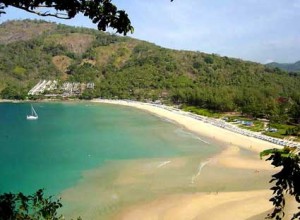 For the past 4 years, I’ve been splitting my time between Thailand and Canada. I usually head to Thailand around September or October (just before the winter) and head back in July or July (just in time for the summer). This year though, it looks like I’ll be staying in Thailand year round because for some reason, the airline fares are much more expensive when you’re going from Asia to Canada as oppose to going from Canada to Asia. Not quite sure how that makes sense but regardless, I don’t feel like paying a couple grand to get home – especially because I know that after a few weeks of being there, I’d just want to be back in Thailand anyway.

Still though, it would definitely be nice to head home right now to visit family and friends. But then again, it’s always nice at the start. You know, you get back and everyone is stoked to see you. Your family is going out of their way to make you feel welcome and your phone is constantly ringing from friends who want to take you out. After a few weeks though, the novelty of you being home starts to ware off at which point, I’d have my shirtless, step-dad banging on my bedroom door with his belly hanging out demanding his “rent money” and I’d get a bunch of “sorry man, I can’t go out tonight, I have to wake up early for work tomorrow” responses from my friends when I’d call them to go out.

At this point in my life, I suppose the benefits of living in Thailand (convenience and affordability of things, laid back lifestyle and unpredictability) far outweigh the downsides but that’ll likely change as I get older and my priorities change. I recall Will, the owner of Tiger Muay Thai, telling me how he wanted to move back to the States so his kids would have a better education and more opportunities and last I heard, he’s moved back and is going to be splitting his time between the two countries. I could definitely see myself wanting to move back to (and station) myself in Canada for the same reasons in the future.

Having been here so long now, I notice that I’ve been missing certain things about Canada. For example, this past weekend I went to Hua Hin with my girlfriend and her friends. On Saturday afternoon, I was pretty hungry so when they whipped out a cooler and fired up the BBQ, I was pretty stoked – especially since it with the time difference, it was “Canada Day” (July 1st) back home and obviously, that’s celebrated the same way Americans celebrate the 4th (with BBQ’s, beer and fireworks). When one of the guys opened the cooler though, it was full of squid and octopus. Like really, WTF! Maybe it tastes great (I’ve never tried it) but I was really hoping for some burgers, chicken breasts, steak or hot dogs. Not Octopus meat!

Aside from the minor things like that, there’s also some major disadvantages to being a foreigner living in Thailand. Granted, there are some advantages as well (social status being the most obvious). As for the disadvantages, well, there’s the fact that Thailand is racist as fuck! Not in an “I’m superior to you” sort of way but it’s racist in the sense that we’ll never have equal rights in this country and of course, Thai people have no issue charging us double, triple, even quadruple the amount for things such as entrance fees to stadiums (I’ve never once paid to go see a Muay Thai fight for this reason), zoo’s, parks etc.

Posted on my “wall” today was a link to a news article predicting a crackdown on foreigners who have acquired land here via the loopholes in the legal system and that the land owners can expect seizure of the land as well as deportation. The focus of the article was on the “prime” real estate throughout Phuket, Pattaya and Chiang Mai. In other words, the “tourist areas”.

With their “Thai Logic” holding true to its reputation, what they fail to realize is that the reason why the areas attract the most tourists (the specific areas that they’re complaining have the most foreign ownership), is because they’ve been developed by foreigners! For example, Patong is the most developed beach in Phuket. Not coincidently, Patong also attracts the most tourists. It’s full of Western influence in terms of the resorts and the restaurants. There’s even a “Hard Rock” café.

If you strip these business owners of their land and assets then deport them, that isn’t exactly going to attract other foreign investors. Without foreign investors and businesses, there will obviously be less tourism and ultimately, less money coming into the country. The Thai’s need to see beyond their “they’ll buy up all our land” mentality and realize that the most developed, most progressive countries in the world encourage foreign investments rather then trying to prevent them.

Anyway, the only reason why I’m even mentioning this is because the guy who posted the link to the news article on my “wall” is a potential business partner for a gym I want to start in the future. We’ve met with a lawyer and he assured us that there are completely legal ways to acquire land here but with this potential crackdown, it doesn’t seem like the best thing to do.

As for the “in need of a change” post title, I just really need to switch things up. This is the first time throughout all my time spend here in Thailand where I’ve actually felt bored. Most of the guys I had been hanging out with the last few months have gone back home until next year and the gym I’m at is really quiet. Right now is considered to be “low season” (less travellers) since it’s the summer and most people are enjoying the weather in the own countries.

I’ll likely be moving on from this Kittana gym soon because it’s just not suiting the vision that I had for it. That’s not to say that the training is bad here because that’s not the case at all. The trainers are awesome. The location that the gym is situated in is ideal to develop a “serious gym” with a solid stable of Thai fighters. That’s the way I initially pictured things anyway. Instead though, they’re trying to make a tourist gym in what’s clearly NOT a tourist area. It’s hard to do “marketing” for people who don’t understand the MARKET at all. I might as well be trying to sell bottles of Hydroxycut in Ethiopia.

Like I said though, I’ve probably learnt more technique (especially in the clinch) here at Kittana that I have at any other gym so don’t mistake the fact that I’m wanting to leave as a sign that the training isn’t legit because that’s not the case at all. I probably just need change up my routine a bit as a way to regroup. I’ve never been the type of person could stay in the same place, doing the same routine for a long period of time.

So, now I’m trying to figure out where I should go and what I should do. I found a pretty nice apartment near the BTS station (still somewhat in the same area) so if I stayed there, I’d easily be able to get around the city and cross train at a few gyms. I’m getting a little tired of doing purely Thai boxing as well so to switch things up, I think I’ll start doing some BJJ classes. If not for my girlfriend who’s bound to Bangkok by her job, I’d probably head to either Phuket or Samui to kick it in paradise for a while.

Once I leave here though, there’s definitely going to be some things that I’ll miss. One of those things being messing with the taxi drivers. The most common drug here is called “Yaba”. Yaba tablets are a mixture of methamphetamine and caffeine and a lot of people will take them so they can remain alert and work long hours. If you ever hop in a taxi and notice that he’s going about 150 kilometres per hour while tapping his hands on the wheel in sync with the song that’s playing on the radio, there’s a pretty good chance that he’s on Yaba. If that ever happens by the way, just tell him to pull over so you can hop out and catch another cab.

Anyway, the dirt road leading up to the gym has a lot of “character” to say the least. There’s a piece of land that has recently been claimed by some “squatters” who have built themselves some lovely tin homes. Next up is a chop shop and beyond that, there’s an abandon building. It appeared as though they were building an apartment but for the past 2 months or so, I haven’t seen anyone working on it at all.

Whenever taxi drivers drop us off here late at night, they seem to be a little bewildered by the location and why a group of foreigners would want to be dropped off seemingly in the middle of nowhere. One night we decided to mess with the driver and have him drop us off at the abandon building. We got out of the car, walked into the building (which doesn’t have doors or windows so it’s easy to see inside) and at the spur of the moment, we decided to all sit in a circle and hold hands like we were doing some sort of group prayer. The look on the drivers face was priceless.

So yeah, to wrap it up, I’m not quite sure where I’m going to go next. Most likely, I’m thinking I’ll take a little break by a beach somewhere (Pattaya or Phuket) and then head back to Bangkok, move into that apartment and start training BJJ.