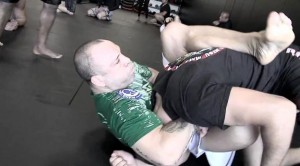 I’m pretty stoked for the Silva vs Leben fight that’s set to take place at UFC 132. Wanderlei Silva has a mediocre 2-3 record thus far in his UFC career and Chris Leben is coming off a knockout loss to Brian Stann so while this fight doesn’t hold title implications, it’ll surely be entertaining. Chris Leben and Wanderlei Silva are two of the most aggressive “in your face” fighters in the history of mixed martial arts and considering that both of them love putting on a show, I doubt that either of them is going to shy away from the exchanges.

If both these fighters fight the way they usually fight, they’ll take the center of the octagon and just slug it out until someone drops. Wanderlei Silva is clearly the more experienced of the two and Chris Leben has even admitted that he’s a bit “scared” of Wanderlei having been such a huge fan of his from the PRIDE days where Silva reigned as the light heavyweight champion for nearly 7 years.

Anyway, in the first video posted below, there’s some footage of Wanderlei Silva training alongside Babalu Sobral and Fabricio Werdum at the Kings MMA gym to prepare for Leben and below that, there’s a trailer to hype the fight..