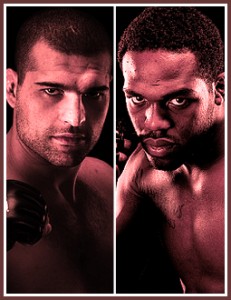 This Saturday night, at UFC 128, Shogun will be defending his light heavyweight title against Jon Jones. Jones is coming into the fight as the betting favourite, which is surprising to some considering that Shogun is much more experienced, has fought much harder competition, is an expert in Muay Thai, a black belt in BJJ and has won world titles in both PRIDE and now, the UFC.

As a matter of fact, Jon Jones has only been training for just over 3 years now. Shogun was already a world champion before Jon Jones even stepped into an MMA gym. However, while he’s new to MMA, Jones has been wrestling for the majority of his life and dispite his inexperience, he’s been blasting through the competition in route to an undefeated record while putting together an amazing highlight reel in the process. His only loss to date has been to Matt Hamill and that was more of a technicality than an actual defeat.

This fight could go either way. Look for Shogun to try to batter Jon’s skinny legs up with kids and look for Jones to utilize his wrestling to get the fight to the ground. On paper, I think that Shogun is should be the favorite to win this fight but I think the oddsmakers are a bit concerned regarding which Shogun will show up on Saturday night. He’s had a long layoff and his coming off yet another knee surgery so will be see the Shogun that won the PRIDE grand prix and the Shogun that knocked Machida out in devistating fashion at UFC 113 or will we see the slow, out of shape Shogun that lost to Forrest Griffin and put on a lackluster performance against Mark Coleman?