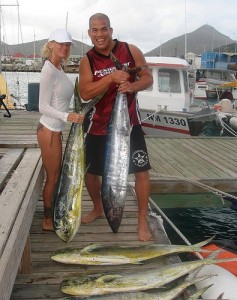 After a long layoff, Tito Ortiz has reconciled things with Dana White and he’s set to make his return at UFC 106 against Mark Coleman. This will be his first fight in about a year and a half. During that time, he’s had some lower back surgery and he now says that he feels like he’s back to 100% mobility and he’s never felt better. On his website, Tito stated that he’s been struggling with back pain ever since his fight with Randy Couture – which was about 6 years ago.

That being said, in each fight with those “big name” fighters, Coleman has ended up getting knocked out or submitted. His most notable victory would have to be against Volchanchyn back when he won the PRIDE grand prix finals back in 2000. However, his most notable contribution to the sport was his implementation of the “ground and pound”. He’s actually referred to by some as the “godfather of ground and pound”, since he changed the way a lot fighters approach the sport.

All that being said, he’s turning 45 years old in December and I have the feeling that the UFC just brought him in for the name recognition and to basically feed him to the up and coming stars that they want to showcase. He was originally supposed to fight Brock Lesnar last August but he sustained a knee injury and had to pull out of that one – which was most likely for his own good since we know how that would have went.

He ended up fighting Shogun in his debut, which was booked as an “easy fight” for Shogun to redeem himself after his loss to Forrest Griffin. That fight was a joke as both fighters gassed early. Ultimately, Coleman ended up getting knocked out though. His next fight was against Stephan Bonnar, which once again, was booked as an “easy fight”. Bonnar had just come off a hard loss to newcomer striking/wrestling sensation Jon Jones and seeing as how Stephan Bonner is one of the reasons for the current success of the UFC, Dana White set him up with Coleman as a comeback fight but Coleman shocked the world and pulled out a victory.

In the fight against Bonnar, Coleman showed greatly improved cardio as he relied on his wrestling ability to pull off a decision victory. However, I have no doubt that this Tito Ortiz vs. Mark Coleman fight has been booked for the sole purpose of ensuring that Tito’s return to the octagon is a successful one.

While they have fighting similar styles, Tito Ortiz is younger, quicker and I believe he’ll likely be a little too much for Coleman to handle. Coleman showed a lot of improvement in his last fight, and with Tito’s long withdrawal from competition, there’s still a few question marks. In the last training clip I’ve watched of Tito, he was looking out of shape and literally puking after what seemed to be a mild training session.

However, this fight isn’t going down until the end of November so I’m sure Tito will be in shape again. Come to think of it, I can’t remember a fight where Tito has gassed out. He always comes prepared and I imagine this time will be no exception. This should be a good fight that will mostly likely end with some ground and pound.