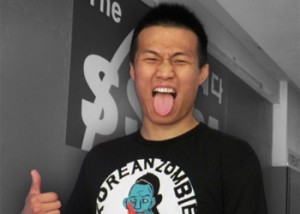 In his last fight, Chan Sung Jung (otherwise known as the “Korean Zombie”) submitted Leonard Garcia with an intricate submission called the “twister”. In nearly 2 decades of competition inside the octagon, Jung was the first and only fighter (to date) to pull off the submission in live competition.

The “twister” submission itself is a spinal lock variation that was popularized by Eddie Bravo. Eddie Bravo, for those of you who don’t know, is a second degree black belt under Jean Jacques Machado and he’s the originator of his own style of no-gi Jiu Jitsu called the “10th planet system”.

In the video below, the “Korean Zombie” demonstrates the steps he used to secure the submission on Gracia and ultimately, become victorious back at a UFC “Fight Night” a few months ago. At the moment, Jung is ranked as a blue belt – which makes pulling off a complex submission like the “twister” in live competition even more impressive.