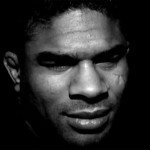 Alistair Overeem has the best documentary series out of any fighter at the moment so I figured I’d make a post showcasing all the episodes of the new season. I’ll add the new episodes as they’re released to keep the page up to date. The first video starts off at the DREAM show where he KO’s Todd Duffy in the first round and continues from there. As of right now, Overeem is booked to fight Fabricio Werdum in the quarterfinal of the Strikeforce heavyweight grand prix tournament though there’s been talk that with the acquisition of Strikeforce by Zuffa, the new owners might have other plans and may bring Alistair over to the UFC instead. Hopefully not though. Not yet anyway.