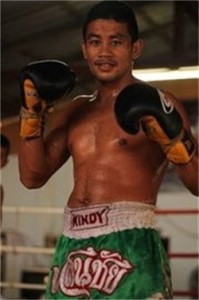 Michael Galvin from MuayThaiTrainingCamps.com has plans to develop and release his first full length documentary which will give us an inside look into the training camp of both Pornsaneh and Yodkhoopon Sitmonchai.

Michael has been running a media service here in Thailand and pretty much every project that he completes turns out great. They’re the kind of videos you’d find yourself watching over and over as they’re extremely motivating and make you want to get up and train.

I can only imagine that if Michael had the resources, he’d be able to make an awesome full length film that would capture
the essence of the art and make every practitioner proud to be a part of it.

The only roadblock he has to completing the film though is coming up with the funding – which brings me to the purpose of
this write up..

Michael has set up a donation page where you can contribute if you want to help him make it happen. He’s not expecting help without giving something back in return though. If you check out the right side of the page, he has rewards available that coincide with predetermined donation amounts.

Basically, with a 50 dollar pledge, you get your name in the credits at the end as well as the final copy when it’s complete. You can think of it like buying an advanced copy as I imagine the finalized product would run somewhere in the 30-40 dollar range anyway (just speculating though as I have no idea).

For more details on the project, click here to read a write up from Michael himself. Also, if you had any doubts whatsoever regarding the quality of Michael’s work and his ability to produce a top notch documentary that will likely be discussed for years to follow, check out the preview below..