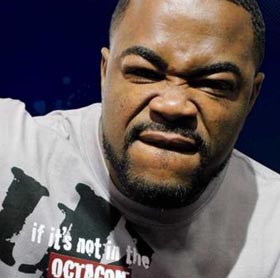 All fighters get nervous before their fights. It’s normal. The pre-fight jitters that fighters get is due to the fear of the unknown. I’ve fought in the past myself (and I’ll likely have a couple more fights in the future) and based on my very limited experience, the hardest part of the fight (aside from the training of course), is the mental aspect of knowing that you’ll be stepping into the ring at a certain date and time. Once you get that date set, it’s hard to think beyond that point.

For example, if you’re scheduled to fight on the 19th, you’re NOT thinking about what you’ll be doing on the 20th. The build up leading to a fight is a combination of mixed emotions. At first the fighter will feel excited. Then, he’ll probably start playing out all the different scenarios in his head which will lead to fear. Fear of the unknown, fear of injury, fear of embarassment and the fear of not living up to their own expecations of themselves will start to kick in. As the fight grows closer, a fighter will probably want nothing more than to get the fight over with so they don’t have to think about it anymore and they can just clear their head and be relieved of the stress.

Of course, everyone is different and if you were to ask a guy like Dan Severn (who just racked up his 100th win over the weekend), there’s a good chance that he’s past the point of getting nervous but you never know. I’ve heard fighters (like GSP for example) talking about being scared and nervous a couple weeks out from their fights, that it’s normal and that they’ve just learned how to turn the fear into something positive.

In the video below, Rashad talks about how nervous he was prior to his fight with Chuck Liddell and when he went to Randy Couture for some advice, his mind was set at ease. If you’ve fought in the past or plan to fight at some point in the future, I think the advice in the video would be pretty beneficial.