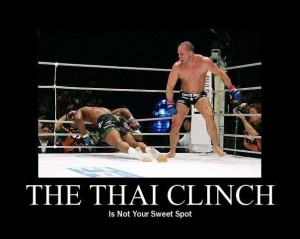 Quinton “Rampage” Jackson has been very successful thus far in his UFC career while Wanderlei Silva was recently on a downward spiral as he dropped three straight – one of which was in his UFC debut against Chuck Liddell. However, it looks as though Wanderlei Silva has returned to his old ways in his last fight as he racked up a brutal knockout victory against light heavyweight standout, Keith Jardine. Not only did Wanderlei Silva secure a knockout, but he did so in a fashion so devastating that the MMA community forums exploded with talks of the “rape choke”. If you missed it, Wanderlei Silva basically held Jardine down with a hand across the throat while he repeatedly landed shots to the face with his free fist.

On the other hand, Quinton “Rampage” Jackson is fresh off a disheartening loss at the hands of now-champion, Forrest Griffin. Following the fight, Quinton “Rampage” Jackson lived up to his nickname as he literally went on a hit and run “rampage” in LA and as a result, he became a household name as the story was covered in some of the worlds most popular tabloid sites, programs and publications. 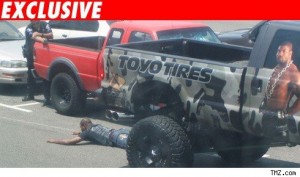 Quinton “Rampage” Jackson vs. Wanderlei Silva – How they match up.

If the unexpected happens and the fight does hit the ground, it will certainly be an advantage for Wanderlei Silva. However, Quinton “Rampage” Jackson’s only submission loss has come at the hands of Kazushi Sakuraba – who has been labelled by some as the “greatest grappler in all of mixed martial arts” – and that loss occurred more than 7 years ago. Since then, Quinton “Rampage” Jackson has faced many other great grapplers – none of which have been successful with their submission attempts. Quinton “Rampage” Jackson’s ability to evade submissions is due to his seemingly in-human strength. Rampage – aka. “King of the Slam” – literally power bombed BJJ black belt, Ricardo Arona at a PRIDE event back on 2004 to escape a triangle attempt. All that being said, it’s a virtual certainty that this fight will be an all-out slugfest with the victor likely being awarded a generous bonus for “KO of the night”.

The biggest factor in this fight will be the mental state of Quinton “Rampage” Jackson. Having recently displayed instability with his antics as of late – and the fact that he’s facing a man who has knocked him out on two separate occasions – Quinton “Rampage” Jackson will certainly have to come into this fight in the right frame of mind if he hopes to have any shot at beating the light heavyweight legend, Wanderlei Silva.

So before you pick a winner and place a bet, take everything into consideration – including the odds. In a sport where anything can happen, all you can do is trust your instinct. Everyone responds differently to defeat – as already mentioned – so it should be interesting to see whether or not Quinton “Rampage” Jackson is able to bounce back.