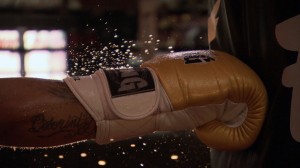 All the details haven’t been released yet, but it looks like former World Champion Clifton Brown has put together a Muay Thai league (http://thempl.tv/main/) that will pit some of the biggest names in the sport against each other in a tournament format. They have released a trailer of some sort but it unfortunately, it doesn’t provide any insight regarding the details of the actual fight league.

Based on the limited information that available at the moment, I believe that the first world title fight will take place in Long Beach on September 2nd and will feature Buakaw Por Pramuk vs Dzhabar Askerov. Other than that, they (Clifton Brown and Warrior Cast Promotions) have released a list of both the rules and the fighters from each weight class that are going to be competing (there will be a total of 8 fighters per weight division once things get started).

1. There are 8 competitors per weight division

3. Competitors are guaranteed 3 matches per season in the round robin stage

5. At the completion of the round robin stage, the top 2 competitors in each group advance to the semi-final elimination stage with GROUP A #1 vs GROUP B #2, and GROUP B #1 vs GROUP A #2.*

6. The competitors who advance to the final playoff round, will compete for the World MuayThai Council World Title & MPL World Championship in their respective weight class.*

7. The bottom 4 competitors which accumulate the least amount of points at the end of the round robin stage (in each division) will face regulation at season’s end, and the MPL will draft 4 new competitors per weight division for the following season.

Remember I mentioned their being an obscure trailer that has been released by the Muay Thai Premier League that doesn’t provide much information about the league at all. Well, here it is..