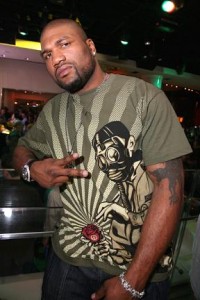 Lyoto Machida vs. “Rampage” Jackson has been announced as the headliner for UFC 123 and what a fight this is going to be! Both of these guys have huge marketability so if the rest of the card ends up being solid, the pay per view buys for this one are going to be insane despite the fact that both of these guys are coming off losses.

“Rampage” Jackson is coming off an embarrassing loss to Rashad Evans while Machida ate a devastating shot from “Shogun” Rua and got knocked out for the first time in his career. Both of these guys are looking to rebound from the losses and get back into title contention.

It’s a must win fight for both fighters as the loser will have consecutive losses. Actually, in Machida’s case, a defeat would be his third defeat in a row, though only his second “loss”. We all know that he was defeated in his first fight against Shogun, but of course, the judges, who were probably paid off, are the only ones who would disagree.

As for how these two fighters match up, well, it may be a bad night for Rampage. Rampage had a hard time dealing with the speed and illusiveness of Rashad Evans. Machida, as he proved when he fought Rashad, is a lot quicker and that will likely give Rampage some problems.

Rampage, unquestionably, is the stronger of the two but that’s not going to matter if he’s unable to get a hold of Machida or land any big shots. In terms of grappling ability, Machida has his black belt, Rampage doesn’t. However, Rampage hasn’t been submitted in nearly a decade dispute facing some top notch jiu jitsu guys. He’s strong enough to just power out of most submission attempts and his wrestling ability is good enough to keep the fight standing.

However, if Machida wants to get his opponents to the ground, he usually does so using unorthodox leg sweeps and upper body takedowns so he may be able to get Rampage down if need be. I doubt he’ll bother though considering how fluid he is on his feet.

On paper, this seems like a bad match up for Rampage but with Machida coming off the first knockout loss of his career, there’s no telling how he’s going to come back from that. Once a fighter gets knocked out the way he did back in May, their fighting style may be forever changed. It oftentimes presents a huge mental block for the fighter, but we’ll see how Machida rebounds in November. The hype videos for this fight are already popping up..