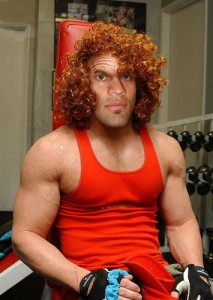 The card that has been put together for the UFC 113 show in Montreal is making me proud to be Canadian. It’s absolutely stacked and the fight between Paul Daley and Josh Koscheck is sure to be fireworks. Both Koscheck and Daley love to stand and bang and both of these guys possess some serious knockout power.

As for how Paul Daley and Josh Koscheck match up stylistically, I believe that Paul Daley has the edge in the stand up. He has incredible power in his hands and his overall Muay Thai skills seem very sharp. That being said, Josh Koscheck has improved his striking by leaps and bounds as of late – which is to be expected considering all the training he’s done alongside the guys at the American Kickboxing Academy.

However, even with his improved stand up skills, Koscheck would be foolish to stand and bang with a striker as seasoned as Paul Daley – especially given the fact that he has a clear advantage with his wrestling.

If Josh Koscheck is smart, he’ll come right out and shoot for the takedown. Ideally, he’d want to get Paul Daley on the ground as quick as he can because clearly, the ground game is Daley’s weakness. Just looking over his record, the majority of his losses have come by way of submission and every single one of his victories (where he’s actually finished the fight) have come via his superior striking ability.

Common sense tells us what you don’t want to “stand and bang” with a guy who has an 80% knockout-to-fight ratio and given the Octagon experience that Josh Koscheck has, I predict that he’ll play it smart and get the fight to the ground as soon as he can. If he can do so, he’ll have the clear advantage and will likely be able to grind out a victory via control and ground-and-pound.