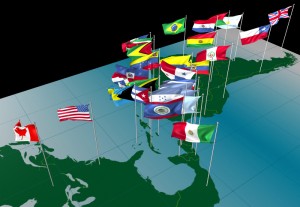 It was recently announced that UFC co-owner Lorenzo Fertitta will be stepping away from his casino duties to focus 100% of his efforts on globalizing the Ultimate Fighting Championship.
Dana White made his vision clear in an interview with sports illustrated where he made the following claims.

“In the next five to eight years, this thing’s going to be the biggest sport in the world — bigger than the [freakin’] NFL, bigger than Major League Soccer, bigger than World Cup soccer or whatever the hell they call it. Bigger than anything. So remember I told you that.”

Those are strong claims, but is it possible? Could there be any truth to his bold statement? Will mixed martial arts become more popular than soccer? Honestly, although I have no doubt that MMA has only scratched the surface in terms of it’s popularity, I don’t see it becoming “bigger than world cup soccer” as Dana put it.

I’ve often wondered what would happen if mixed martial arts was marketed in a similar way. When the UFC travels to foreign countries, it becomes very apparent that the crowd displays overwhelming favouritism to the local fighters – as to be expected.

Georges St. Pierre in Canada, Micheal Bisping in the UK – these 2 fighters have entire nations on their backs. Roger Huerta is another fighter with similar marketability and right from the get-go, I could tell that the UFC had a great interest in his success. Huerta is an exciting fighter with the looks and charisma to become a fan favourite. You can also bet that if the UFC was to hold an event in Mexico, Huerta would be one of the headliners.

Since the UFC wants to increase the global appeal of mixed martial arts, it should be interesting to see if they utilize nation vs. nation strategies in doing so. Brazil vs. United States, Canada vs. U.K, Japan vs. Russia – this Olympic approach to MMA is an intriguing idea. Of course, certain nations are a lot stronger than others but things may even out as the sport gains popularity and more MMA gyms start popping up around the world.

If they aim to make MMA more popular than even world cup soccer, I don’t see how they’d be able to do that without adding a national pride aspect to things. I mean, I’m not a huge hockey fan but I cheer for the Ottawa Senators. I’m definitely not a curling or gymnastics fan either but you know what, I watch the Olympics and root for my country representatives.

One thing is for certain, regardless of what marketing angle the UFC uses, their efforts in increasing the popularity and global acceptance of mixed martial arts should be commended.