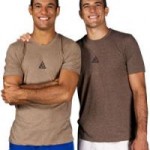 Here’s another one of the “Gracie breakdown” segments and this time, they’re analyzing the fight between Fedor and Antonio Silva. At over 13 minutes, the video is pretty long but it’s certainly worth watching because they do an excellent job explaining the transitions and techniques used from both fighters.

Fedor lost, but a lot of people just don’t seem to understand what a difficult position he was put in at the start of the second round when Silva secured an immediate takedown. Silva, as mentioned by the Gracies, is a high level black belt and in addition to that, he weighed around 290lbs (60lbs more than Fedor) come fight time. Don’t write Fedor off just yet. He hung in there, took a pretty severe beating and never gave up. He didn’t quit and was NOT submitted. Had there been a 3rd round, it’s tough to tell how it would have gone considering the fact that the first round was fairly even between the two. Anyway, check out the video..