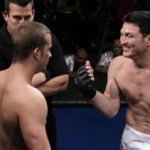 Well, all of these episodes are funny. The guys on this show are always so delusional. They walk around and bully a bunch of helpless “kids” to boost their ego’s. Thing is, there’s so many guys out there with the same mentality as these “bullies”. They’ve never trained a day in their life but they assume they can fight based on the fact that they take some creatine and do their bicep curls at the gym. Like really, being able to fight is a skill and skills are developed through practice.

I used to work as a bouncer for about 2 years and I always ended up shaking my head a smirking at all the tight Ed Hardy shirt wearing, roided up wanna-be tough guys that used to come through the doors at that club. After a couple beers, they would always try to act so hard and start fights (always against much weaker, physically unassuming opponents). Usually, they would just end up sucker punching whoever it was they decided to “bully”. I hated that shit. About 98% of the people I know who actually train and CAN fight, they’re always the most laid back, respectable guys. It’s always the untrained douches that act extra tough to prove something to themselves and really, dudes like that deserve to get humbled – which is why I like watching “bully beatdown” so much.

In the episode above (which is the season premier of the 3rd season), Jason “Mayhem” Miller decides to take matters into his own hands and lay a hilarious “beatdown” on the “bully”. Just watch and laugh.. that’s what I did.