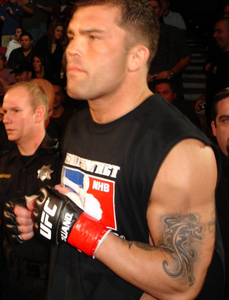 It was inevitable. In a division with a shortage of legit contenders, Anderson Silva is making a move up to the talent rich light heavyweight division – for at least one fight anyway. Silva will be making his light heavyweight debut against James Irvin. The event is set take place on July 19th and will air, free of charge, on Spike TV.

I have to say, this is a genius business tactic by the UFC. With Affliction making its debut the same evening, the UFC hopes to lure fans away from Afflictions pay per view event with a free fight card of their own. With Anderson Silva being a fan favourite, they may just be successful. Personally, I recommend ordering the Affliction pay per view AND watching the UFC. It’s always good to support up and coming MMA organizations. That being said, this Anderson Silva vs. James Irvin fight may be more competitive than people think.

Anderson Silva is a very “complete” fighter. He’s a pin-point Muay Thai striker and holds a Brazilian Jiu Jitsu black belt that was issued by the Nogueira brothers. However, if there’s any criticism regarding Silva’s skill set, it’s his wrestling ability. But, when you’re that good on your feet AND on the ground, it doesn’t really matter where the fight takes place as you’re prepared for any situation.

Here’s where this match up gets interesting. James Irvin has been training at the Fairtex Bangplee camp in Thailand. He was training there while preparing for the Rashad Evans fight and when I saw that, I thought it was a really bad decision since Rashad is an accomplished wrestler and would likely take the fight to the ground immediately.

I don’t think Anderson Silva poses the same threat of the takedown. He’s no Rashad Evans when it comes to wrestling and the task of taking James Irvin to the mat is even more of a challenge considering that Irvin is a natural, strong, lean 205lb fighter while Anderson is best suited to fight in the 185lb division.

This fight will likely take place on the feet. Both are great strikers and I’m really looking forward to seeing what sort of progress Irvin has made while training at the Fairtex camp. We saw what he did to Houston Alexsander in the 8 seconds that the fight lasted.

This is one of those fights where anything can happen. When the betting odds come out for this fight, it might not be a bad idea to throw some money on the underdog – which will most likely be Irvin. Not saying that Irvin is guaranteed for the win, I’m just saying that depending on the odds, it may be a good investment. 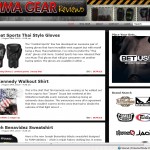 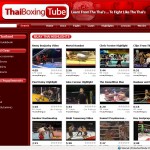